Since last October, I've been working in Mariscal Studios which is located in the Poble Nou district of Barcelona. In the past, this was once a very important industrial area doted with factories. Today, as the result of recent investments, the area is a mixture of modern offices and tower blocks, old houses and derelict buildings. At the time of rebuilding, the local council put a clause that when the factories were demolished the old chimneys should remain untouched. So it's always a great surprise to find the odd chimney peeping out from behind a nest of office blocks. It gives Poble Nou a great character.
Trying to get back in to the habit of sketching daily, with the idea that spending all day drawing for someone else at least one drawing per day should be for me. It's a lighter version of an idea someone I once worked with a long time ago had... he would do one drawing for the studio, then stop and do one drawing for himself!! "One for the studio, one for me!" His desk was full of drawings (great stuff too!).

So here's a few sketches done at lunchbreak, mostly views from the plaza just beside the studio(people sketches are from on the train). They're done in a little sketchbook that proved to be too small to be comfortable and the paper is horrible so I can't wait to finish the thing ( I was stupid enough to buy 2 so it's gonna take a while!!) Couldn't manage to scan them well, paper gave some funny effects so I gave up, this is the best I could do. 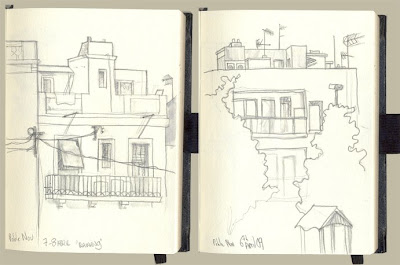 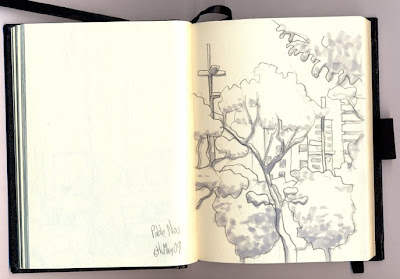 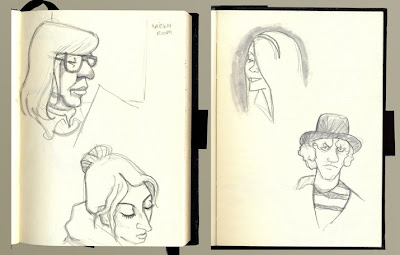 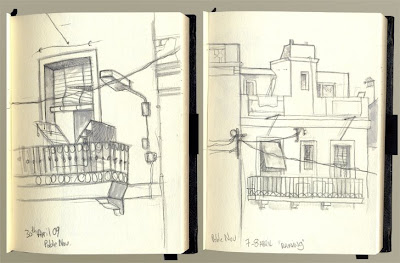 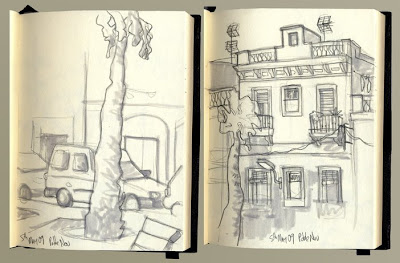 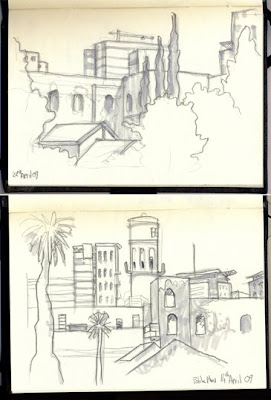 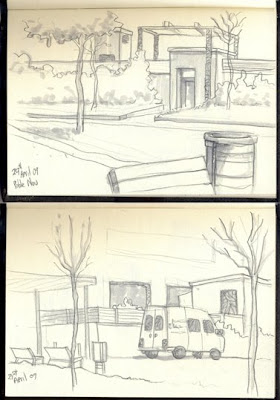 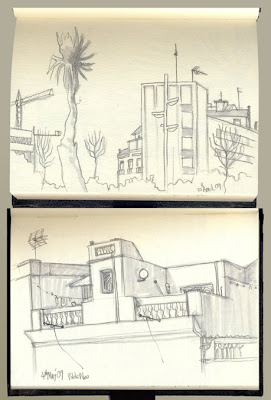 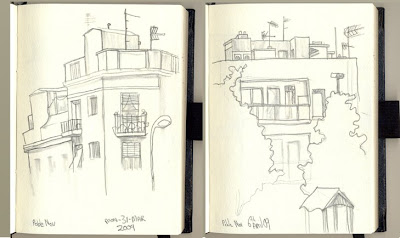 Here's some links to some fellow sketchers that also work at Mariscal Studio.


carlos leon
sagarfornies
Allan Rabelo
Posted by Dave at 5:27 AM

They look alright to me...I love the people sketches! I'm going to start doing that on the train! How do you not look suss? Or just ao fast the people don't notice? LOL!

Thanks Justdoodleit!
Hi Kaz! A dark pair of sun glasses helps!Also drawing without looking at the paper lets you notice when they realise you're drawing them. See you on the next crawl!
Monica copiona! Eres toda original!He visto tu post del sketchcrawl en tu blog-la vista panoramica de BCN-muy chulo!!